From the Foreword by Gerald Herman:

Bill Hart was a close friend and early mentor to Sam Shepard, and also to me. It’s my one degree of separation from the great playwright, but one I am proud of. We drank from the same fountain of Bill’s attention, approval, and encouragement.

While Sam’s work will live forever, Bill left little when he died except stacks of other writers’ scripts on his shelves and by his bedside — with notes and memos to various directors and producers, including Joseph Papp, who always valued Bill’s discoveries and recommendations.

Six months after Bill passed away, I visited his long-time partner Rafael Pazmino in their Brooklyn Heights apartment. Browsing through Bill’s stacks and shelves (untouched since his departure), I found a tattered spiral notebook with a Spanish title on the front, a map of Ecuador on the back, and fifty pages of handwritten script inside. Rafael informed me this was the diary Bill kept during their (only) trip to Rafael’s homeland in 1987. “Is it interesting?” I asked. “I don’t know,” replied Rafael, “I never read it. I could never figure out Bill’s handwriting.”

I promised Rafael that if he lent me the notebook I would try to transcribe the scrawling text and type it out for him.

After many agonizing hours of graphoanalysis, I managed to type out most of the text. The result, presented here without editing, is a moving and worthwhile piece of prose — an insightful travelogue, intimate diary, and a fitting reminder of Bill’s humor, humility, and humanity. And horniness. And love.

With an introduction by Michael Smith and a remembrance by Sam Shepard. 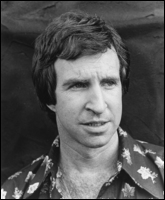