I Insist on Being: Selected Writings of Søren Agenoux

Søren Agenoux had a few close brushes with fame. Andy Warhol filmed his superstar Ondine playing Scrooge in Søren’s antic version of Dickens’ “Christmas Carol” at the Caffe Cino in Greenwich Village. Søren’s infamous zine The Sinking Bear captured the febrile, madcap wit of an oversophisticated generation. He edited early issues of Warhol’s Interview magazine and appeared as Lance Loud’s boyfriend in the first reality TV show, “An American Family.” And then, having charmed and infuriated a cross-section of the downtown artistic elite, he disappeared. For a decade he had been writing constantly — plays, poetry, reviews, and a flood of correspondence, all sparkling with his idiosyncratic style and personhood. I Insist on Being offers a choice selection, most of it previously unpublished, from the writings of a forgotten paragon of his time. Cultural historian Gerard Forde contributes a deeply researched introduction that tells the story of a singular life. 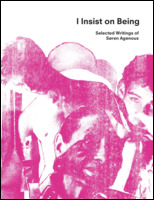 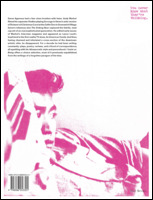